If you’re planning to visit the beautiful Provence area in France but are trying to decide whether you should base yourself in Avignon or Arles, you’ve come to the right place!

Avignon and Arles are both smaller cities situated on the Rhône river in Southern France. They are quite close to each other – about 25 miles apart, approx. 17-minute by train. Both Avignon and Arles have their charm and historical sights. Avignon, however, is a bit larger than Arles, with population of about 95.000 vs about 55.000, and is somewhat livelier with significantly more car traffic.

Travelers typically choose between Avignon or Arles as a base depending on whether they’re driving or not, how much nightlife they seek, and which cultural, natural, and town sights they plan to visit within the huge Provence area. Let’s dig deeper.

Avignon or Arles: what travelers say

If you’re driving, be aware that Avignon has heavier traffic than Arles. On the other hand, Avignon has underground parking by the Palace des Papes (but no street parking) unlike Arles where you need to park in a neighborhood outside the center after 6 pm.

Avignon is a transport hub with connections to many French cities. Arles also has easy rail connections to Avignon (15-20 minutes), Orange, Nimes, Marseille, and Nice. Taking the train from Arles to Avignon saves a lot of parking hassle.

The train station in Avignon is right next to the bus station outside the city walls, an easy walk from most hotels. The high-speed train station, however, is way further out.

Visiting the Provence countryside and villages is best done with a car – doing so by public transport can be limiting and costly after a few days.

On the other hand, driving in the cities, namely Avignon, is a nuisance, so the best option is to pick up a rental car (e.g. at the train station) after visiting the cities. Parking is also much easier in smaller towns such as in the Luberon.

From Avignon, you can easily get to the Pont du Gard and to Isle-sur-la-Sorgue by train and public bus. Avignon has more buses than Arles to the small towns and villages.

As mentioned, Arles is a charming town worth a visit but often feels dead and abandoned at night, particularly on Sunday and Monday evenings, except perhaps in the middle of the summer. Avignon is generally livelier at night.

Arles has beautiful buildings, some of which look like paintings. The shopkeepers are friendly and let you sample their products. From Arles, you can easily visit the Fontaine de Vaucluse springs and some spectacular hilltop towns.

Avignon has many events taking place year-round – parades, festivals, movies, concerts – making it a great place to hang out and wander around. However, many events, including the renowned Festival d’Avignon, occur in July (“festival month”) with people flocking in from all over Europe for the countless theater shows. Avignon thus gets very crowded and prices shoot up. Arles also gets quite busy during the summer months.

Avignon has ancient city walls and the superb Palais des Papes (Palace of the Popes), a historical fortress and palace, one of the largest medieval Gothic buildings in Europe and a papal residence during the 14th century. Aside from the architecture, however, visitors often find the visit boring as there are mostly empty rooms.

You can take a picturesque walk along the river bank opposite the town by crossing a busy bridge on foot or taking a free ferry across the river. You can walk up to the park above the palace for a great river view.

Le Pont du Gard, a huge and stunning aqueduct bridge built by 1st-century Romans with 3 well-preserved arched tiers, is a 30-minute drive from Avignon and a major highlight for most visitors. The Pont d’Avignon is the ruins of another bridge, this one from the 12th-century, which people traditionally dance on.

Arles also has 5 important Roman sites as the city was once an important capital of ancient Rome. Roman constructions include the Amphitheatre (Arènes) where many concerts and bullfight shows now take place, or the 1st-century Théatre Antique.

Arles has a compact old town, an Antic Arts museum, and an impressive 12th-century Gothic and Romanesque landmark, Paroisse Saint-Trophime. The Foundation Vincent Van Gogh displays exhibits of the painter’s works. Travelers often like finding Van Gogh’s locations throughout the town. There is also a very good museum of Provencal history.

The Camargue wetlands natural area with its wildlife and horses are also a major attraction near Arles.

Avignon is a great foodie destination with quite a few highly-rated restaurants and many bars, cafes, and bistros. Examples of restaurants include La Mirande and Hotel d’Europe, both famous 5-star hotels close to the Palais des Papes, Les 5 Sens (great courtyard), L’Ami Voyage (old bookshop).

The Les Halles market is also worth visiting for delicacies and is lively on Saturday mornings, a nice break in everyone’s daily routine. Most of the nice pubs to have a drink concentrate in the old town of Avignon.

Arles also has a few excellent restaurants such as Le Galoubet, l’Atelier Jean-Luc Rabanel, le Patio, or Le Franc Bourgeois. The Place du Forum cafe is a central place to hang out.

Although Arles has a quieter nightlife compared to Avignon, you can find a good range of bars, pubs and wine bars to have a drink, such as La Table du Caviste (wine bar), le Baravin (with DJ), and le Bar du Marché (authentic local bar). Most close quite early, however, except for a few places in the Van Gogh cafe area.

In Avignon without a car, the best option is typically to stay inside the old town – the newer part of the city is not as interesting for visitors.

An alternative is to stay near the train station, e.g. Hotel Central, a 5-minute walk from the train station – travelers praise its affordable prices, friendly staff, and cleanliness. Other options travelers recommend in the area include the Grand Hotel and the Ibis Centre Gare right next to the train and bus stations, just outside the city walls.

If you’re driving, an alternative is to stay outside of Avignon e.g. in the Mas Saint Antoine self-catering units in the village of Rognonas, a 10-minute drive from Avignon. There you get easy parking and a central location for accessing many towns and villages of the area.

In Arles, many travelers choose small B&Bs. Also often recommended is the Le Calendal hotel which has a great location with views on the Roman Amphitheater (or on lush gardens).

If you have a car, you may also consider staying in a family-owned gite (holiday lodge) in Fontvieille, about 25 minutes east of Arles, a quiet place and an easy drive to Arles, Avignon, and Orange.  You can also stay in Saint-Remy-de-Provence which is centrally located to most of the sights in the Arles area and is much less tourist-flocked than Arles.

Another viable option for a basecamp is staying in L’Isle-sur-la-Sorgue from which you can easily get to Gordes, Roussillon, and Saint-Remy. Or, you can choose to stay in Les Baux or one of the Luberon towns. Some travelers also recommend Uzes as a base.

On a very different note, some Provence travelers choose Nimes as a base. It’s a bigger and more affordable city than both Avignon and Arles, has many accommodation options and many things to see and do in itself. It has easy access from Paris by train (3 hours) and is close to Avignon, Arles, Aix en Provence and Montpellier.

From Avignon, if you’re not driving, you can take day trips by train to Nimes, Marseille, or Arles – where you can catch a minibus tour to the Camargue. From Avignon, you can also take a bus to see the market in Carpentras on Fridays.

You can book a Rhone wine tour with Avignon Wine Tours to see some of Provence’s countryside and wineries. The tour also includes the Pont du Gard and you can even go kayaking around the Pont.

From Avignon you can also catch a minivan tour to the Luberon hilltowns e.g. Gordes, Roussillon, Menerbes, Loumarin, Venasque, Les Alpilles, etc. Other nice day trips from Avignon include Orange to the North and Nimes to the West (30 minutes by train), both offering spectacular Roman ruins.

From Arles, you have easy access by bus to the Camargue villages e.g. Saint-Remy – which has an excellent Wednesday market, Tarascon (great castle), or Les Baux. Travelers advise visiting Saint-Remy and the Carrière de Lumieres on one day and come back to see Les Baux a different day (it has many restaurants). 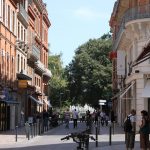 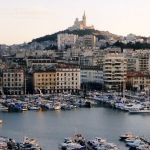 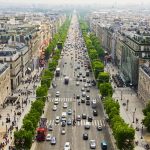