Bodrum Or Antalya For 4 Or 5 Nights?

If you’re planning a vacation in Turkey, you may be torn between staying in Bodrum or Antalya. Antalya is a larger resort city (1 million people, 2 million for the metro area) located on the Turquoise Coast, Turkey’s beautiful South Mediterranean shore. Antalya has an old town with history, being an ancient Roman port, a marina with numerous yachts, and beautiful beaches with luxury hotels.

Bodrum is both a town (population around 40.000) and a peninsula with one side on the Mediterranean and the other on the Aegean Sea across from Athens, Greece. It has 2 bays, an impressive medieval fortress, and remnants from the 4th Century BC. The Bodrum area also has numerous beach towns and resorts. The Bodrum area is much smaller than Antalya with about 150K inhabitants.

Here are some key points to consider when trying to decide between Bodrum vs Antalya:

Antalya and Bodrum are equally easy to travel to since both have an airport and plenty of bus connections. Bodrum’s airport, Milas-Bodrum, is about 30 minutes from the city. The Antalya airport is a 50-minute transfer from Antalya’s center.

If you choose a resort in Side, however, be prepared for a long transfer from Antalya on a busy road with ugly developments over long distances.

Both Bodrum and Antalya are very touristy. Antalya being a big city, it obviously has its own “normal” local life, but chances are you’ll be staying in a resort outside the city, typically making only short visits to the city itself.

Bodrum is less of a mass tourism place than Antalya, and the various towns in the area are far smaller.

Bodrum is very different from other Turkish coastal cities. It’s quite stylish with its blue and white houses and picturesque architecture. It boasts a very nice harbor area and marina with shops, and a gorgeous castle.

You can easily walk through the narrow streets and alleys of the old town to the seafront for a swim. The town has a mix of modern and old buildings with stunning views far out over the bay.

There are lots of souvenir shops (selling fake goods) and restaurants, but you normally won’t get harassed by merchants as is the case elsewhere. Most travelers find the people in Bodrum exceptionally friendly, including in restaurants where a laid-back atmosphere prevails. There are other commercial areas with cheap bars but these are a walk away from the town center.

While some travelers appreciate the town and harbor, others view Bodrum mainly as an area of resorts with fewer activities and sights compared to Antalya. They are more attracted to the Antalya region (1-hour driving radius around the city) due to its many water parks, miles of beaches, and several beautiful natural parks (Duden waterfalls) with scenic views on the sea and mountains.

Antalya also has many modern shopping malls and great restaurants. The Antalya old city has a lot of cultural sights and historic buildings. The city is often described as laid back (for a city this size) with relatively light traffic.

If you’re traveling with kids, Antalya has an aquarium, a zoo, the Luna Park theme park, and the Sandland park – a major attraction with sand sculptures.

Both the Bodrum and Antalya regions have great historical sights. Antalya has an exceptional archaeological museum (though some say not as great as others in turkey) while Bodrum has the wonderful Saint Peter Castle, built by the piratical Knights of Rhodes, which also has an excellent underwater archaeological museum with treasures from ancient shipwrecks.

Antalya also has a very small but interesting old town with some nice old buildings surrounding a small harbor – though perhaps not as attractive as Bodrum’s.

The Bodrum area has some ancient sites including the ruins of one of the Seven Wonders of the Ancient World – the Mausoleum of Mausolus, as well as some ancient Greek archaeological sites.

While the city of Antalya itself does not really have historic ruins, there are many great ancient sites accessible on a short day trip from the city, including some remains from the city’s past as a major Roman port.

Emperor Hadrian’s Gate and the Hidirlik Tower are two renowned examples. Antalya has 8 archaeological sites, the Atatürk house turned into a mini-museum and an art museum with ancient Greek statues.

Less than an hours East of Antalya, the town of Side is built around ancient Roman cities, with am awe-inspiring Roman amphitheater at Aspendos, built around 170 AD. The archaeological site of Perge is another major sight, a 3000-year old city with a forest of columns. Side itself is a compact old town with nice historic sights.

As mentioned above, Antalya has great nature in its surroundings, with lots of outdoors activities. Just outside the city are several mountains with cable cars that take you to the top for exceptional views and treks.

There is abundant greenery in the area. Waterfalls, rivers, and canyons combine with ancient ruins to make great treks. If you’re an outdoor person, you can easily stay in the region for 10 days and not run out of activities.

In Bodrum, while the town beaches may not be the best for holiday sunbathing and swimming, you can take a bus to Gumbet, about a mile from the city center, which has a nice pleasant beach. You can also easily catch a dolmus (public buses) to one of the many coastal resorts all around the peninsula.

Large hotel resorts in both Bodrum and Antalya have very good nearly-private beaches. As mentioned, Antalya has excellent public beaches, the best ones being Lara, midway between city center and airport, and Konyaalti south of the center.

Between Bodrum and Yalikavak (a 20-minute ride by dolmus or taxi), there is also an aquapark where you can take your kids for the day.

Antalya being one of Turkey’s largest metropolitan areas, it has excellent restaurants, especially in the old Kaleici district. It also has many popular clubs around the old harbor.

While Bodrum was considered a party resort 15 years ago, it’s no longer the case today and most of the partying and night fun has moved to Gumbet, 10 minutes West of Bodrum center. Families staying in Bodrum are able to enjoy their time without being bothered with any partying if they choose to.

In Bodrum town, though, the nightlife mostly concentrates around the bars and clubs of the mile-long Cumhuriyet Caddesi strip, with at its end the enormous Halikarnas dance club which has a capacity for 5.000 people.

Bodrum has lots of good places for eating fish, namely sea bass and bream, as well as for lamb kebabs and mezze dishes.

Turkish cuisine is quite rich with a lot of things to try out. There are Nusr-Et (aka Salt Bae, a famous Turkish steak house chain) restaurants 40 minutes from Bodrum at the port and in Marmaris within the D Maris Bay hotel.

Generally speaking, since Bodrum is mainly a tourist place, it’s a bit harder to find truly authentic cuisine than in Antalya city during the tourist season- in Antalya, you need to know where the locals go.

Around Antalya, most travelers stay in resorts outside the city – the small old town has very few beach-side hotels. The main resorts are Kemer, Kaleici, Belek, Side, and Alanya – which are few minutes to a couple hours East or West of the city.

Belek, for example, is 10 miles East of the airport and has miles of sand beaches bordered with luxury hotels and all-inclusive resorts with large pools and spas, as well as golf courses. Alanya is the youngest and most party-oriented resort around Antalya, and requires a 2-hour+ transfer from the airport. Kaleici has a lively old town with some nightlife, and Kremer has great scenery.

The town of Side, East of Antalya, is a picturesque old town around a pretty harbor, with Greek and Roman remains. However, it’s very touristy and some travelers complain about being hassled when dining and shopping.

The area can feel quite developed and crowded, with little open space between towns. Most of the accommodations are outside the old town so there’s a fair amount of walking and bus riding when going out. It also gets very hot, including in October.

The so-called “Lara Turism Yolu” (Tourism road) is packed with 4-star hotels with fancy designs, including the Concorde Hotel designed like the airplane, as well as palaces. In contrast, the hotels in the Bodrum area are generally smaller, aside from a few outside town.

If you’re traveling with kids, in both Antalya and Bodrum you may want to book a few all-inclusive days for the animations, followed by a bed & breakfast stay elsewhere to explore the city. Near Bodrum, Yalikavak has a nice and child-friendly shallow beach and pleasant promenade. Bodrum is a 40-minute dolmus ride for visits.

In Antalya, Tuvana Boutique Hotel is a cosy and charming place in the heart of the old city, at walking distance of the old harbor, the restaurants, and the shops. In Bodrum, among the little resorts outside town, Bitez and Torba are the closest to town, making visits easier.

From Bodrum, Palmarina (Yalikavak Marina), 30 minutes from Bodrum, is a great place to walk at night and have dinner, with lovely beaches to spend the day and really nice small shops (different from other areas).

If you’re staying near Antalya, you can take a day trip to Side which has one of the longest sand beaches of Turkey, a nice and family-friendly port with lots of shops, bars, and restaurants, a nice mellow vibe in the evening, and impressive ancient ruins such as the amphitheater and Apollo’s temple.

From Antalya you can also spend the day in Bitez which has a sheltered bay with shallow water. It’s very laid back with smaller hotels / self-catering apartments. The beach is public and offers chairs and parasols.

From the Bodrum harbor, you can take a coastal boat tour and visit Black Island, a volcanic island with a thermal mineral pool (most boat trips stop there).

Other amazing places to visit from Antalya are Kaputas, Oludeniz (beautiful lagoon and beaches), Kabak Valley, Kekova, Patara, all great and friendly, natural and peaceful places for chilling out, less crowded and touristy than Bodrum and Antalya themselves (charters from Russia, Germany, UK etc).

Bodrum is really close to the Greek island of Kos so you can take a boat there in the morning and return in the evening. You can also take a boat trip across the Gulf of Gokova to Camel Bay and ride a dromedary there. You can go swim in the Kara Ada hot springs or take a 4×4 drive into the forests of the peninsula.

Some of the best beaches of Turkey are Dalyan and Patara, located on the coast between Antalya and Bodrum – and a few hours drive from both. Dalyan beach is away from Dalyan town and you need to take a boat across a river to reach it.

Patara is also a gorgeous village with impressive ruins to visit. Cirali is another stunning beach, closer to Antalya, and home to the renowned Olympos ruins, making it another great day trip from the city. 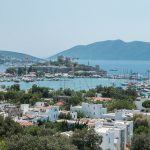 Marmaris Or Bodrum: How To Pick The Right Destination For You 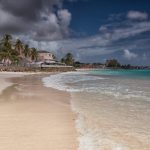 Aruba Or Barbados: Which To Choose For An Island Vacation?