Marmaris Or Bodrum: How To Pick The Right Destination For You

Choosing between Marmaris or Bodrum for a Turkey vacation is not easy. Both are Mediterranean resort towns (though Bodrum is technically in the Aegean sea) located on peninsulas on the southwest coast of Turkey, aka Turkish Riviera or Turquoise Coast, right across the Greek islands. The two cities are about a 70-mile drive from each other.

So how do you decide which one to go to? Marmaris is a more touristy and party place, while Bodrum has more cultural sights. Marmaris is compact with plenty of entertainment and nightlife in a single town. Bodrum town is smaller, with some nightlife, but there’s a lot more going on out on the Bodrum Peninsula where most of the beach resorts are.

Marmaris or Bodrum: what travelers say

Bodrum’s airport, Milas-Bodrum, is a 30-minute drive from the Bodrum town, so transfer times to and from Bodrum and Gumbet are short. The closest airport to Marmaris is the Dalaman airport which is about 1h20 away from the city.

Traveling between Bodrum and Marmaris by bus takes a little over 3.5 hours. The bus is not direct and makes a stop in Yatagan. The cost is between $12 and $22 per person.

Compared to Bodrum town, Marmaris has a wider range of daytime leisure activities, day trips, and nightlife options for visitors. Marmaris has more of an international vacation atmosphere and has something for all age groups.

Some travelers, however, feel that while Marmaris has more scenic geography, the absence of Turkish culture and the mass-tourism aspect make it less attractive. Some also favor the Bodrum area because they can pick between Bodrum town and Gumbet for nightlife.

Marmaris and its area don’t have as many historical sights as Bodrum. Many travelers feel Bodrum and Gumbet offer the right mix of culture and lively resorts. Bodrum’s old town, castle, and marina are pleasant to visit.

In Marmaris, the beach, hotels, and activities are all close to each other and accessible on foot. In contrast, getting to the different seaside resorts and wide beaches on the Bodrum peninsula requires taking public transportation.

While both Bodrum and Marmaris have several archaeological sites to visit, most are located outside the towns themselves.

Bodrum a stunning medieval fortified castle built in part from the remains of the Halicarnassus Mausoleum, one of the Seven Wonders of the Ancient World (4th century BC). The castle ramparts offer great views over the town and the sea.

The Bodrum Castle hosts the fascinating Underwater Archaeology Museum with antique artifacts. Bodrum also has a well-restored 4th-century Greek amphitheater, and ruins from the legendary Halicarnassus antique city, including the Mausoleum and the ancient city gate.

Bodrum has a nice size old town with pretty cobblestoned streets. The marina on the waterfront is home to old-style boats and makes for very pleasant strolls.

Marmaris also has a castle to visit, although from a much more recent era – a 16th-century fortification built by Suleiman the Magnificent. Like in Bodrum, the castle also hosts an archaeological museum.

The Marmaris old town is also composed of sloped narrow streets lined with historical buildings from the Ottoman era. Like Bodrum, Marmaris also has its marina and bay with beautiful clear waters. Aside from the Castle and marina, however, the city has limited cultural sights to visit.

Bodrum was considered a party resort 15 years ago, but now most of the partying and night fun has moved to Gumbet 10 minutes West of Bodrum center. In the high season, local buses run late so party-goers can move around easily.

Bodrum itself attracts visitors of various age groups, resulting in a relaxed atmosphere with a mix of lively and quieter places.

Nevertheless, the town has some good nightlife spots which concentrate mostly around the bars and clubs of the mile-long Cumhuriyet Caddesi strip (“Bar Street”). At the end of the strip is the massive Halikarnas dance club with its 5.000-people capacity.

In the summer, Bodrum/Gumbet tends to attract many Turkish celebrities (more so than Marmaris) which hang out at the elite Billionaire Club north of Bodrum, and other select beach clubs open all night.

Bodrum has lots of good places for eating fish, namely sea bass and bream, as well as for lamb kebabs and mezze dishes. The Nusr-Et Turkish restaurant chain, popular in Istanbul, has a location 40 minutes away from Bodrum – and another one in the D Maris Bay Hotel in Marmaris.

In Marmaris, the main nightlife areas are the so-called Bar Street, lively but pricey with open-air clubs and music pubs, and Uzunyali (“Long Beach”), cheaper but animated as well.

The Marina area, more upscale, and the Armutalan district/town, with its countless pubs and restaurants, are also quite popular at night.

In Marmaris, while most of the travelers who hang out at the pubs and parties tend to be in the 18-30 age group, older people with families are also frequent in Marmaris. İçmeler, another popular resort near Marmaris, is a more tranquil and preferred option for the older crowd.

As mentioned, Marmaris is much bigger than Bodrum town, so there are more places to go out and the prices are generally lower, e.g. in beachfront bars – though there are a few pricier clubs and pubs as well.

Both Marmaris and Bodrum have countless accommodation options of all types. Typically, the hotels within the towns are smaller, whereas the larger resorts are usually outside the cities.

Some travelers like staying in Bodrum town close to the center, e.g. in the area between the castle and bus station. East of the Castle is the nightlife area, with both expensive beachside hotels and cheaper hostels and pensions for younger party-goers.

The area west of the Castle, near the marina, has high-end all-inclusive seaside hotels and smaller, pricier boutique hotels such as the Su Hotel.

Tropicana Beach in Gumbet is also a frequent favorite. Alternatively, staying in a resort in neighboring Bitez will give you a nice beach with hammocks and a more quiet experience than Gumbet or Bodrum – while staying within easy reach.

In Marmaris, travelers often choose to stay in the Armutalan area which has nice places for dining go out – making going to the center optional. Icmeler is also a popular choice for lodging, only a 10-15 dolmus ride to the Marmaris center, also with its own entertainment options.

Both Bodrum and Marmaris offer numerous attractive day trips to historical sights or towns and villages in the region. One example is Ephesus, an ancient city with impressive Greek, roman, and Christian ruins, squares, baths, and monuments such as Hadrian’s Temple.

You can also visit small greek islands from either Marmaris and Bodrum, taking a boat ferry for the day.

From Bodrum, you can catch buses to different places on the Peninsula, e.g. the pretty seaside towns of Gumusluk or Gundogan, the Yalikavak resort with its great views, or to the authentic Turkish town of Turgetreis.

From Marmaris, you can explore the bays and coves outside the city, take a boat to the nearby islands (e.g. Cleopatra’s), or simply book a schooner cruise. 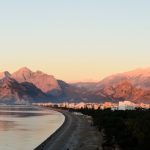 Bodrum Or Antalya For 4 Or 5 Nights? 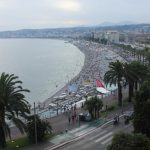 Nice Or Cannes: Which To Choose for 3-4 Days