Lagos Or Albufeira: Which To Stay In For An Algarve Break?

A recurring question among people traveling to the Algarve is, should I stay in Lagos or Albufeira? Both towns are popular holiday towns located on the Western half of the Algarve – the southernmost region of Portugal stretching along the South and West Atlantic Atlantic coast.

Albufeira is larger than Lagos with a population of around 45K – vs around 25K for Lagos. In the summer holidays, both towns’ populations increase three or fourfold as a result of beach tourism.

Which of Lagos or Albufeira is a better choice? While they are under 40 miles apart, the two cities have a very different feel. Albufeira is very touristy with lots of Brits and a vibrant nightlife in the summer. Lagos is prettier, quieter, with more culture, and a more local feel. Both towns have a marina and nice beaches, though in Lagos they are located outside the town.

Lagos or Albufeira: what travelers say

Visitors who fly to the Algarve arrive in the Faro Airport, which is a 40-minute drive from Albufeira and a 1-hour drive from Lagos by direct transfer or rental car. The train and the various shuttles take longer.

From either Lagos or Albufeira, it’s easy to visit the other town on a day trip by catching one of the several buses or trains (about 10) running every day.

Most travelers agree Lagos is a nice town full of character and pleasant to stroll around, both in the old town and the newer parts of the city.

The old town is situated across the river canal with a long canalside promenade running all the way to the Marina. The promenade stretches up cliffs with panoramic views to the ocean overlooking small coves with fine white sand.

Travelers generally find Lagos more relaxing and authentic compared to Albufeira. Most of the animation in Lagos is concentrated in the compact old center. Also, Lagos generally does not have the loud party crowds found in Albufeira during summer.

Albufeira’s old town is also very hilly. Like Lagos, access for cars is limited in the old town, soo visitors need to walk up and down the hilly streets – few beaches have flat terrain access.

Albufeira’s old town has a nice beach but is not as picturesque as Lagos, with a lot more touristy places – many of the closed in the off-season. Albufeira is much more spread out, with clusters of restaurants and bars in neighborhoods outside the old town.

Compared to Lagos, Albufeira has a lot more nightclubs and bars catering to visitors, a McDonalds, and British pubs with football screens and serving English Breakfast.

Lagos has a few cultural sights including its impressive medieval castle, Castelo dos Governadores, and fortified walls surrounding the entire historic center. The castle sits on a cliffy section near the river estuary, next to the green Constitution park, overlooking the ocean.

Lagos also has a couple of pretty churches to visit including the ornate 18th-century, baroque Igreja de Santo Antonio, and the Saint-Sebastian Roman Catholic church.

The town also has a few small museums to visit: a local history church museum, a small wax museum on the theme of New World discoveries, and the Mercado do Escravos (slave market) museum focusing on slave trade and located in a historic building.

Albufeira has a great wide town beach (Praia do Pescadores) right in the old town. It also has a pleasant waterfront promenade stretching all the way to the marina. The marina offers many boat trips including for dolphin watching.

Travelers generally enjoy walking the pedestrian, cobblestoned streets of the old town, which has kept a bit of character despite the countless tourist shops and restaurants.

In addition to the cultural sights, Lagos’ main attraction is its impressive cliffs and ocean rock formations, and the many attractive coves at the foot of the cliffs.

Ponta de Piedade is a major attraction for tourists with panoramic cliff views and boat and kayak tours for visiting the scenic ocean caves along the cliffs.

Besides Lagos’ steep cliffs and scenic coves, the fantastic and flat Meia Praia sandy beach starts across the river from the town and stretches for miles along the bay. On the opposite side of town, facing West is the popular city beach of Praia Porto de Mos, down a hilly road.

Besides the main town beach, Albufeira has many more beautiful sandy beaches, such as Praia Inatel and Praia dos Alemaes, which extend the main beach to the East, and other great ones such as the huge Falésia beach just a few miles outside of town.

As mentioned, in the summer, Albufeira turns into the main Algarve party town and a mass-tourism destination with lots of younger people flocking to the beaches, bars, and clubs.

Lagos, on the other hand, is much more laid back. In terms of nightlife, Lagos is primarily a pub and bar town, while Albufeira has many nightclubs as well, particularly in the nightlife “strip” area.

The Lagos old town has a more relaxed vibe with many small pubs and restaurants around the central square and the small streets. These also get packed with visitors during the summer months, though in a more mellow way compared to Albufeira.

Lagos some nice restaurants in the Marina area. On the other side of town, right on Porto Mos Beach, Antonio’s restaurant is a nice place to eat. Vivendo is another elegant a short drive away from town on Meia Praia beach.

Recommended restaurants in Albufeira include Dom Capito, a Portuguese restaurant in the middle of the old town, and Casa da Fonte, a family-owned place and bar near the old town with a nice terrace and lemon tree.

Albufeira has tons of lodging options in and outside the center including many big hotels and large vacation resort.

Lagos, on the other hand, mostly has smaller boutique hotels and B&Bs, as well a few luxury hotel complexes around and beyond the Marina – though the range of lodging options is much more limited. Some travelers choose Neighboring resort Portimao for more options.

Staying in either Lago or Albufeira in July or August requires booking accommodations months in advance as the two towns reach capacity quite fast for these months.

In Lagos, travelers recommend the Hotel Tivoli, located in the old town right off the main avenue and riverfront promenade. Hotel Marina Rio, for its part, sits on the main avenue itself and has rooms with marina views.

Both hotels are a 5-minute walk from the old town’s main square, where the shops, markets, and terraces are located.

Some travelers prefer to stay around the Marina, across the river from the town center (a 10-minute walk) as they are closer to the large and gorgeous Meia Praia beach. The Marina is also within walking distance of both the train and bus stations.

A few miles West of Lagos, smaller and quieter beach towns such as Praia da Luz – a couple of miles from Lagos, a nice promenade and quite a few restaurants and pubs – have good lodging options in the vacation months, particularly well-suited for families (mostly Brits and Germans).

Much more remote and a 30-45 minute drive from Lagos, the mostly-unbuilt area between Sagres and Aljezur has tiny villages surrounded by countryside and beaches. The area has no holiday resorts and few hotels, mostly self-catering houses.

Albufeira, on the other hand, has hundreds of accommodation options within walking distance from the beach. Popular places with great locations in the center include Hotel Baltum, Hotel do Cerro, Hotel Boa Vista and Hotel Rocamar.

Sol e Mar Hotel has a unique location right on the beach, though it does not have pool and travelers describe it as slightly old-fashioned.

Right outside of the Albufeira center are several self-catering apartment hotel complexes, such as the Brisa Sol and the Vila Galé Cerro Alagoa which are only a 5-10 minute walk from the old town and beach and near a commercial center.

There is also a broad range of options outside the center, e.g. the well-rated Forte do Vale resort located between the strip area and the old town. Places located right in the strip area are either very quiet off-season or overly busy during summer.

Slightly further away from the center are the pleasant neighborhoods of Olhos de Agua, Santa Eulalia, or the Albufeira Marina (closer to the old town).

Some travelers also like to stay in São Rafael, Sesmarias or Galé, west of the center because of the great beaches and nice restaurants, and only a short drive from the old town. The 4-star hotel Vila Joya, about 4 miles from the center, is often recommended in that area.

East of Lagos is the pristine lagoon and bird sanctuary of Alvor and its picturesque and touristy small town. Further East is the larger resort city Portimao with its stunning beaches, cliffside promenade and tourist strip, and large marina with lounge bars and clubs.

Albufeira is located pretty much in the center of Algarve, so everything is easily accessible from there on day trips, including the historic city of Silves and the untouched scenery of Aljezur on the West coast.

From Albufeira, you can also visit Faro, the capital of Algarve, and the Ria Formosa lagoon and natural park. You can also head to one of the aquaparks in the area such as Aquashow, Slide n’ Splash, Aqualand, or Zoomarine. 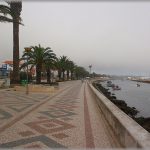 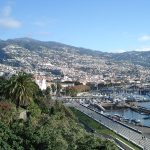