Trying to decide between Corsica or Sardinia for a vacation? Tough choice! Both are large islands in the Mediterranean sea, off of the Italian and French coasts. Santa Teresa (Sardinia) and Bonifacio (Corsica) are just a short ferry crossing apart.

Corsica or Sardinia: what travelers say

A flight from Rome to any of the three airports on Sardinia takes about an hour. The airports are small and run smoothly.

Traveling to Corsica, you can take a flight to Ajaccio from Paris at a reasonable price. There is an overnight ferry from Ajaccio to Toulon in France.

On both islands, transport facilities are not highly developed. With the exception of tourist destinations like Alghero in Sardinia, it’s virtually impossible to get around without a car. For car rentals, Auto Europe is often recommended.

Sardinia has trains but it can be time-consuming to travel the region by train. What looks simple on the map turns out to take many hours involving many changes. The train schedules are not flexible, mainly morning and evening.

You can take a ferry from the north of Sardinia to the South of Corsica. The ferries leave every 45 minutes from both sides. From Santa Teresa in Sardinia, you can take a day trip to the attractive fortified village of Bonifacio.

In Sardinia, you can take an Alitalia flight to Càgliari. To cut the amount of driving, some tourists fly open jaw into Cagliari and out of Alghero.

You can rent a car and have it transported by ferry to or from the island of Santa Teresa Gallura.

Sardinia has a good road system and distances between destinations are short. However, the roads twist and turn so you can’t drive fast. The natural scenery also compels you to drive slowly to take it all in.

The two islands have an Italian feel. In August, Corsica, Sardinia (but also Sicily) are overrun with European tourists. Prices go through the roof and you are well-advised to book early to avoid disappointment.

On both islands, things die down by the end of October and tourist facilities close down until the following season which starts in May. July and August are high season and you can expect heavy traffic on the roads, especially on Corsica.

Corsica and Sardinia are popular with the French and Italians for summer holidays. The Corsican beaches are fewer than in Sardinia so they can get really crowded in August.

Both coasts of Corsica offer stunning scenery and you can lose yourself in any of the many small secluded beaches and coves along the coast. The beaches in the Bonifacio area are great.

The interior with its mountains and small villages are also great to visit. Outstanding places to visit are Cap Corse, St Florent, the Balagne coast, Calvi and L’ile Rousse. South from Calvi, travelers recommend Porto, Piana, and Les Calanches.

The two largest towns are Ajaccio and Bastia, both with a population of around 50,000. Places like Vecchio, Corte, and Calvi can more accurately be described as villages.

If you speak French or Italian you will easily get by on Corsica. English is not much spoken outside popular tourist areas.

Many travelers recommend a visit to Castelsardo, on the northern side of the island, which they describe as the quaintest village in Sardinia.

To experience great scenery, you can take a car from Chia/Pula in the south, through Cagliari, up the east coast to Olbia. Travelers find that the west coast is less crowded and very beautiful.

Along the Costa Smeralda, there are some large resorts, but for the most part, the island is underdeveloped with many isolated places inland, with farmhouses that you can visit.

The Costa Smeralda (from Porto Cervo to Porto Rotondo) area has luxury and wealthy people villas, including Berlusconi’s Villa Certosa. On the Orosei coast, there is a great beach named Goloritze.

In Cagliari, travelers visit the Castello medieval quarter with its 14th-century palaces and 13th-century cathedral. There are great views from Castello’s Bastione di Saint Remy (fortified castle) over Cagliari and its harbor.

There is an archaeological museum exhibiting objects from prehistoric times to the Middle Ages. The Pinacoteca Nazionale has great paintings, ceramics, jewelry and textiles worth a visit. The Orto Botanico (botanical garden) is another attractive sight.

Sardinia also has two stunning and well-preserved Phoenician towns, Tharros in the north and Nora in the south.

Visitors also rave about the Maddalena Archipelago and National Park in the north of the island. You can take day trips there by boat from the Santa Teresa or Palau harbor.

Ajaccio and Bastia are popular with tourists. Ajaccio is a pleasant town with beautiful beaches. The town also has some museums worth a visit, including Napoleon’s birthplace and Musée Fesch for Italian Renaissance art.

Bastia is a charming but somewhat dilapidated and rough-around-the-edge port town that tourists like to explore.

Corsica doesn’t have as many beaches as Sardinia (which has more than 600 beaches), but there are some special beaches southwest and southeast of the island.

Bonifacio has stunning beaches along the Piantarella, Sperone, and Lavezzi islands. If you’re into sailing, Bonifacio also has the world-renown sailing school Les Glenans.

In the Porto Vecchio area, you can enjoy the sandy beach and good facilities of Golfo di Sogno. People also report that the Palombaggia and Rondinara beaches are great. Other areas like Porto and Piana in the North West have pebble beaches set amongst stunning scenery.

The seaside village of Algajola in the Balagne region has much to offer. It has a 1½ km-long sandy beach with windsurfing and diving schools. There are also kayaks for rent and great snorkeling.

Corsica is a great place for hikers. Almost half of the island is actually a park with hiking trails. You can follow trails along the coast to Ile Rousse in the north or to St. Ambrosio/Punta di Spano in the south. There are also inland trails to great villages like Pigna and St. Antonino.

In Sardinia, the beaches in Alghero, Bosa, and Stintino are breathtaking. The general consensus amongst many travelers is that the beaches around Alghero in the north and Pula and Chia in the south are the best in the whole of the Mediterranean.

Olbia has many shallow sandy beaches along the road to San Teodoro, including Pittulongu, Marinella, Capriccioli and Spiaggia Dei Pirati.

Cagliari does not have much to offer in the way of beaches. A better bet would be visiting the beaches on the way to Pulaor or Villasimius where you can visit Spiaggia Punta Molentis.

Sardinia is famous for its breathtaking coastal drives, e.g. on the Costa Rei on the southeast coast, or from Alghero to Bosa. Costa del Sud is a panoramic road that goes along the stunning coastline between Chia and Porto di Teulada.

There are also great mountain drives, e.g. around Orgosolo or Tempio Pausania. Castelsardo and the Gallura islands are also well worth a visit.

Corsica has an earthy style of cooking that features wild boar stews, cured meat and cheeses. The food on Sardinia leans towards Italian with pizza, pasta and fish.

Although Corsica has a distinct Italian culture, it’s been part of France since 1768 so the food has the flavor of both countries. Food and wine, and eating out, is more expensive in Corsica, with high standards in restaurants, many of which serve French cuisine.

When not eating out, you’ll find the range and quality of local food limited and of lower quality than Sardinia, except for the patisseries which are highly regarded.

Long before being French, Corsica was part of the Republics of Pisa and Genoa, so the food has many of the characteristics of Ligurian and Tuscan cuisine, including Pork loin (lonzu), prosciutto, polenta and Brocciu (sheep cheese) – though at higher prices than Tuscany.

Sardinian cuisine is Italian but different from the mainland. Much of the cuisine on Sardinia is unique to the island not to be found anywhere else in the world.

Some travelers believe Alghero has the best concentration of outstanding restaurants of any city of its size. For authentic Sardinian cuisine, travelers recommend Agriturismo La Saltara in the Sardinian countryside along the North East coast, where you can have a suckling pig roasted cooked in front of you.

Pork is a specialty on the island. A popular dish is proceddu (piglet in a pit). Sardinia is also known for its Pane Frattau and lobster dishes.

Calvi is a nice Mediterranean town with a good beach and many great eateries. In Algajora, close to Calvi, travelers also suggest the Beau Rivage hotel located right on the beach.

In Ghisonaccia, travelers often recommend hotel A Casa Di Maria Cicilia which is close to the beach. It has a great restaurant serving great cheese pastry and seafood. The rooms are ample, clean, and nicely decorated, some of them with balcony and beach view.

Travelers often find that expensive hotels in Sardinia are not up to par with similar Caribbean or Asian hotels for service and food quality.

The Costa Smeralda, Sardinia’s best-known area with many great beaches, is a popular choice for a stay. The area also has a lively nightlife with lots of bars with live music and glitzy resorts.

Travelers often recommend Hotel Cappricioli on Cala Di Volpe. The beach it’s on has become famous after a James Bond movie was filmed there.

Pula has a sandy beach and a broad array of affordable hotels close to each other. 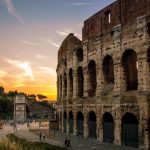 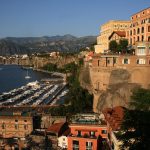 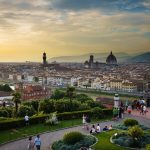